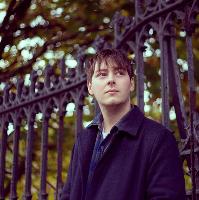 This event has already happened!
This event occurred in February 2018. If you're looking for a upcoming event, try the links below:
View more events.
Tweet

Who's Going to This?

Emilio Pinchi is a 24 year old human being living in Liverpool. His music is ‘beautiful, authentic’ and ‘never sounds like it’s trying too hard, yet carries absolute conviction’ (Tom Robinson).
With previous releases picked up by BBC 6 Music, Pinchi announced his latest single “High Times”, available on all digital platforms from 15th February 2018. Influenced by the likes of Elliott Smith and Courtney Barnett, Pinchi examines the big themes of modern life, juxtaposed with the influence we can have as individuals day to day.
His previous record, During Voided Hours, was released in October 2017. The EP was accompanied by several live dates around the UK, including performances at Liverpool Music Week 2018 and Enlighten Festival, support slots with the likes of Juanita Stein (Howling Bells), and several BBC Introducing Sessions.
Quotes:
‘You’d need a heart of stone to resist Emilio Pinchi‘s fresh confessional lyrics and lowkey throwaway delivery. It’s a beautiful, authentic performance that never sounds like it’s trying too hard, yet carries absolute conviction.’ - Tom Robinson
‘direct, hard hitting, witty, sarcastic, and full of self-deprecation’ - Derv Swerve
‘Pinchi seems to have set up camp comfortably between the uplifting and the melancholy, while his melodies offer chirpiness; his lyrics are wistful, tinged with an honesty and bitterness that hails to Elliott Smith and Conor Oberst (Bright Eyes)’ - Getintothis

The event information, content and images shown have been provided by the event promoter. If you wish to report an issue with this event please click here: Report issue with event

Evenings of live acoustic music & DJs in a variety of the most intimate venues in Liverpool.
Roots/ Folk/ Blues/ Songwriters. We continue to quiety create a stir...